The Geometric Figures application draws three- and multidimensional polytopes with the ability of their fluent rotation. The project has been being developed since 2014 during my bachelor study of informatics at MFF UK. Version 1.5 of the project is also my bachelor thesis. The text of the thesis, including user guide, analysis of the used algorithms and the development documentation, is, as well as the application, downloadable below. The text is Czech only, the application contains English help.

Drawing is realized by iterated perspective projection. For better orientation in a multidimensional space, edges and vertices can be colored according to their coordinates. Other features of the application include generating the convex hull of a set of points, cutting figures with hyperplanes, stellation, creating geometrically dual polytopes and cutting off parts of the figures — such as vertices, edges or intersection of the figure with any half-space. All functions are independent to the number of dimensions, limited to 100. The application is easily extensible using plug-ins in Python.

Since version 1.1, the application is free (meaning freedom) software published under the GNU General Public License version 3, its source code is available on github and the precompiled binaries below.

The applications uses libraries OpenGL, FreeGLUT 3.0 and Python 2.7. How to obtain these libraries is described in the text of the thesis or in the README file included in the archive with the application. 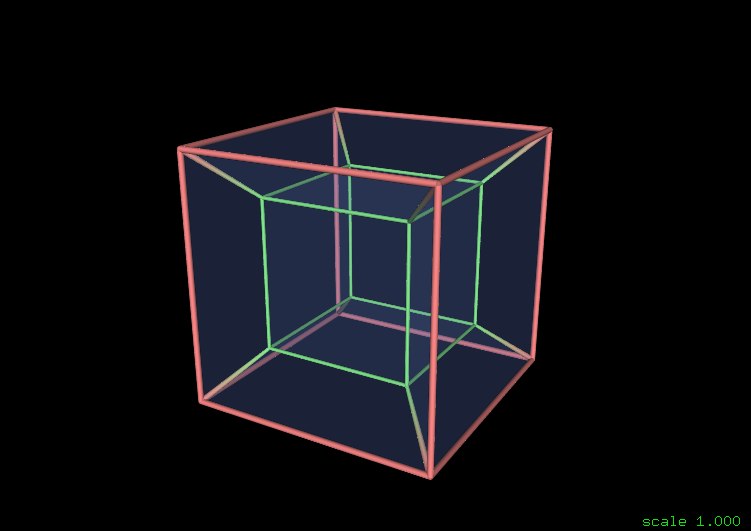 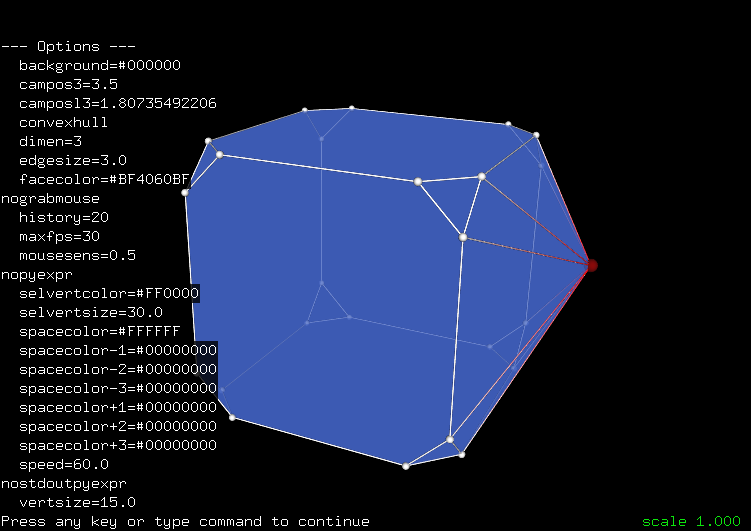 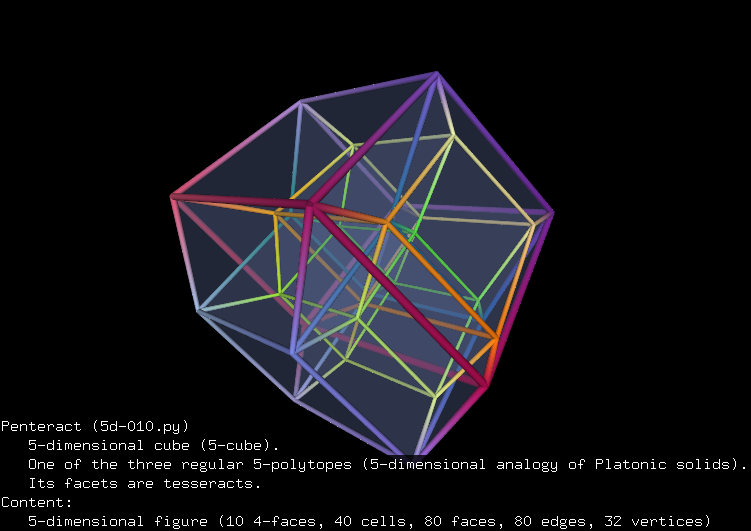 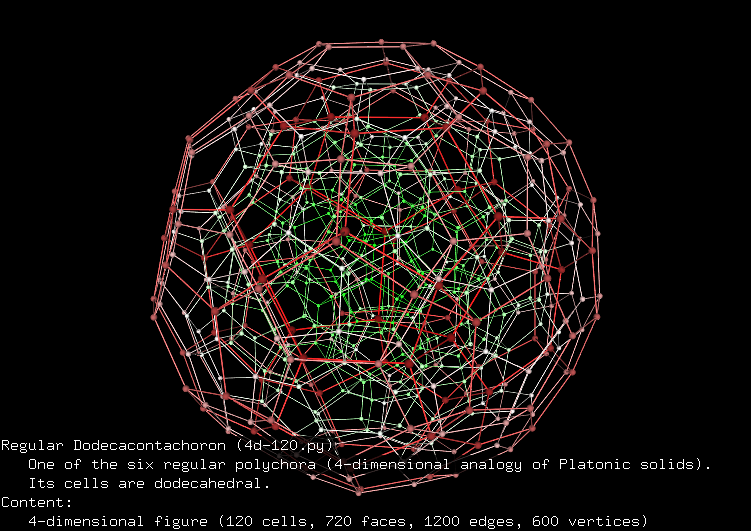 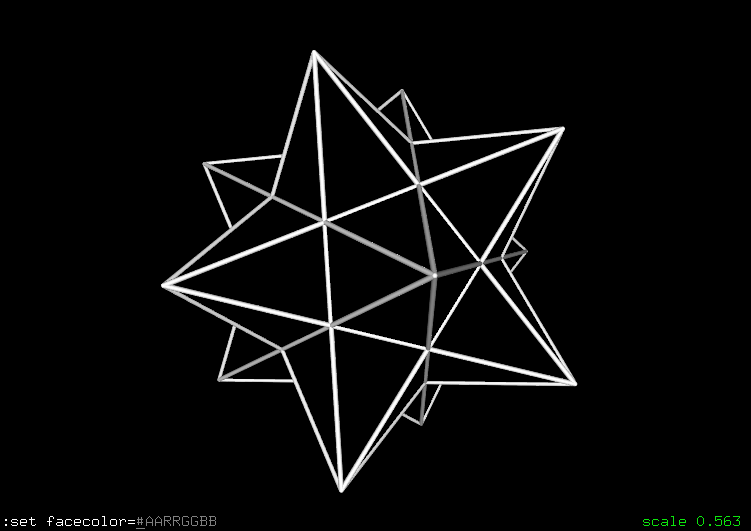